In our first installment of our Simplex Homes Podcast, host Dave Mertz, Vice President of Sales and Marketing at Simplex, speaks with Pat Fricchione, Jr., General Partner and President and CEO of Simplex Homes. In this discussion, Pat and Dave talk about the effect that the Coronavirus has had on Simplex and how the company is dealing with the crisis. 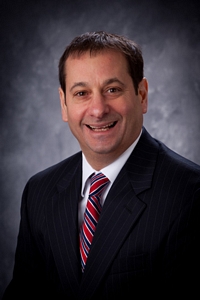 Pat Fricchione is proud to serve as President of the company founded by his father and uncles in 1971. Pat has lead Simplex through its greatest growth and expanded the company’s capabilities from initially just residential construction to their present role as a leading residential and commercial builder of college dormitories, townhomes, motels/hotels and much more. Under Pat’s watch, Simplex was also an early adapter of GREEN building technologies and methods. Simplex has won numerous national building, design and marketing awards in the field of GREEN construction.

Pat Fricchione learned the modular business from the shop floor up and has worked in almost every division of Simplex.

In addition to leading day-to-day operations, Pat is responsible for long range planning and overseeing Simplex divisions such as Modern Architectural Modular, Simplex Solar and Cornerstone Building Solutions – all divisions that came into existence under his watch.

Asked to cite a recent project he is proud to have been involved with, Pat noted not one project, but a move into building student housing for universities and apartments and townhouses for private developers. “Multifamily changed our business at Simplex. As it showed our ability to work with architects and engineers on a large scale. They showed our ability to not just adapt to new construction techniques, but on occasion develop them. Finally, they showed our ability to handle very large scale, very expensive projects and to do excellent work under very tight time frames.” Recent dormitory projects completed include those at Mansfield University, Marywood University, Penn State University and State University Systems in Southern New York and apartments in Philadelphia and Massachusetts.