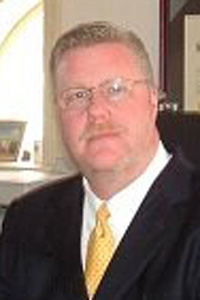 Steve Snyder is licensed to Practice in Pennsylvania and New Jersey and available Pro Hac Vice (for individual cases) in other states. He has been in private practice since 2003, after graduating from Widener University School of Law. Prior to getting into Private Practice, Steve worked in the following areas:

Responsible for all facets of association management and government affairs for this national trade association representing modular housing manufacturers. Served as CEO, lobbyist and legal counsel, representing the modular housing industry on state and federal legislative and regulatory issues and litigation throughout the Northeastern, Southern and Midwestern states and in Washington, D.C. Responsible for the fiscal management of the association, hiring of staff and consultants, member recruitment and public relations. This position required extensive writing and public speaking. I drafted legislation for adoption in various states, testify at public hearings and spoke with legislators, regulators, local government officials and to various groups. The issues I was involved in include tax law and regulation, building codes, transportation laws and regulation, as well as most general business issues. I also oversaw the planning and implement an annual trade show and various public education and promotional programs. This position reported directly to a board of directors but operates with relatively little direct supervision. In the seventeen years I headed this organization it grew from a small regional association representing a hand full of Pennsylvania manufacturers to a national, recognized leader with a membership of 52 modular manufacturers and over 150 building supply and service industry members.

Started a new retail sporting goods store specializing in high-end fly-fishing and outdoor equipment and clothing. Handled all initial start-up market research and business planning, selected location, negotiated leases, purchased and controlled inventory and handled the budgeting and finances for this new venture. Also handled advertising and promotion, conducted how-to seminars and spoke to groups on outdoor topics.
This store was eventually purchased by a competitor in order to secure several exclusive dealerships owned by the company.

June 1984 to January 1989 Senate of Pennsylvania, Executive
Director of the Senate Law and Justice Committee and Chief of Staff for Senator John Shumaker, Harrisburg, Pennsylvania.

As the Director of the Senate Law and Justice Committee, planned and directed all facets of the legislative committee and advised the Chairman, Senator Shumaker on issues before the committee. Responsible for scheduling committee meetings, forming the agenda for each meeting, drafting legislation, writing legal analysis for bills before the committee and writing press releases. As the Chief of Staff for Senator Shumaker, established his district office after his election in 1984.Responsible for the hiring and training of staff, delegating staff assignments, answering constituent letters, writing speeches and press releases and speaking at public meetings on behalf of the Senator.